LEHUA PARKER "One Boy, No Water"


AWESOME author, Lehua Parker (Auntie Lehua to family and friends), is guest posting here about her history in Hawaii and her writing of middle grade/YA book, One Boy, No Water (my review of the incredible story is posted just below this one). This book, the first in her Niuhi shark saga, is about a Hawaiian boy, Zader, who's allergic to water on his skin and his trials in dealing with that, added to the prejudice of other kids his age. But family ties come through with the love and support of his brother, parents and uncle Kahana as Zader begins to discover his own talents and worth and to see just who (or rather WHAT) he really is. Such an exciting day for Lehua and eager readers everywhere as her book is being released TODAY (September 29th, 2012)! Mahalo, Lehua, for answering my questions! Take it away! 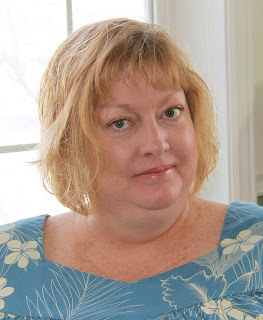 Aloha, Elsie! Thanks for letting me drop by to answer a few of your questions about my MG/YA novel One Boy, No Water, book one in the Niuhi Shark Saga. It’s available now from Barnes & Noble and Amazon in hardback, trade paperback, and ebook.

Q – Does your first name, Lehua, mean anything in Hawaiian?

Lehua is part of my middle name, Kalehuamakanoe. In Hawaiian, words have layers of meaning, both literal and poetic. Lehua is a type of flower, and Kalehuamakanoe is the name of a variety of Lehua that grows on Kauai. The literal translation is Misty-Faced Lehua. One of the figurative meanings of my name is Misty-Eyed Companion, meaning one who bears another's burden, particularly in times of sorrow. I guess that means I'm the one people complain to!

Q – What is the Hawaiian myth that your story is based upon?

Throughout the Pacific there are stories about demi-gods and gods who can change from human form to something else like molten lava, a wind, a pig--practically anything you can think of. From these stories I took the idea of beings that look like humans, but are really sharks. I asked myself all kinds of what if questions, put the answers in a contemporary Hawaiian setting, and the Niuhi Shark Saga was born.

Q – When did the idea first come to you to write this saga . . . and was it a saga from the beginning or just one book at first?

The first spark came from a movie about Hawaiian legends I saw when I was seven years old. The villain was revealed to have a gigantic gaping shark's mouth where his back should be! Over the years I've thought a lot about that image.

Initially, I planned the story as one long novel for adults about the grown-ups in the saga. Zader and the gang were pawns in a high stakes chess game and the themes and character motivations were more adult. But the story quickly grew too complex with too many competing storylines, points of view, and main characters. I had the most fun writing about Zader’s perspective, so I scrapped most of what I had written and started over with an MG/YA audience in mind and telling the story through a series of books. Sometimes I think I have enough story and backstory in my head to fill ten sagas!

Q – Did your parents speak Pidgin in the household?

No. My Dad and his side of the family are from Hawaii; my mother is from the mainland, what islanders call the continental United States. When we were growing up in Hawaii, we always spoke standard English at home. My parents were sticklers for proper English grammar and pronunciation. (The number is three, Lehua, three with a th! A tree has leaves!) Pidgin was for friends and school. Now that we've all grown up and live on the mainland, my siblings, Dad, and I often lapse into Pidgin around the kitchen table. It keeps all the grandkids guessing!

Q – Did your decision to write a YA/middle grade story stem from your years as a teacher for that age group?

Not consciously. I began the adult version of the story before I started teaching and left the manual gathering virtual computer dust during the four years I was a teacher at a private school. The story is really about growing up and discovering who you are and how you will live your life, and I chose 6th grade to begin the story because it’s a huge year for most kids in Hawaii—the last in elementary school and when the pressure’s the greatest to get into a good prep school. It’s also what I think of as the beginning of growing-up. Since Zader and his friends start out as 11 year olds, it fit into the MG/YA category.

Q – Have you incorporated any personal favorites into your story (ie: a favorite Hawaiian dish, a beloved Hawaiian activity/sport, a favorite animal . . . besides sharks “smile”)?

Lehua Parker is originally from Hawaii and a graduate of The Kamehameha Schools and Brigham Young University. So far she has been a live television director, a school teacher, a courseware manager, an instructional designer, a sports coach, a theater critic, a SCUBA instructor, a poet, a web designer, a mother, and a wife. Her debut novel, One Boy, No Water is the first book in her MG/YA series the Niuhi Shark Saga. She currently lives in Utah with her husband, two children, four cats, two dogs, six horses, and assorted chickens. During the snowy Utah winters she dreams about the beach.

Pick up One Boy, No Water at Barnes and Noble, from barnesandnoble.com or order from any book store.
Posted by Elsie Park at 7:39 AM