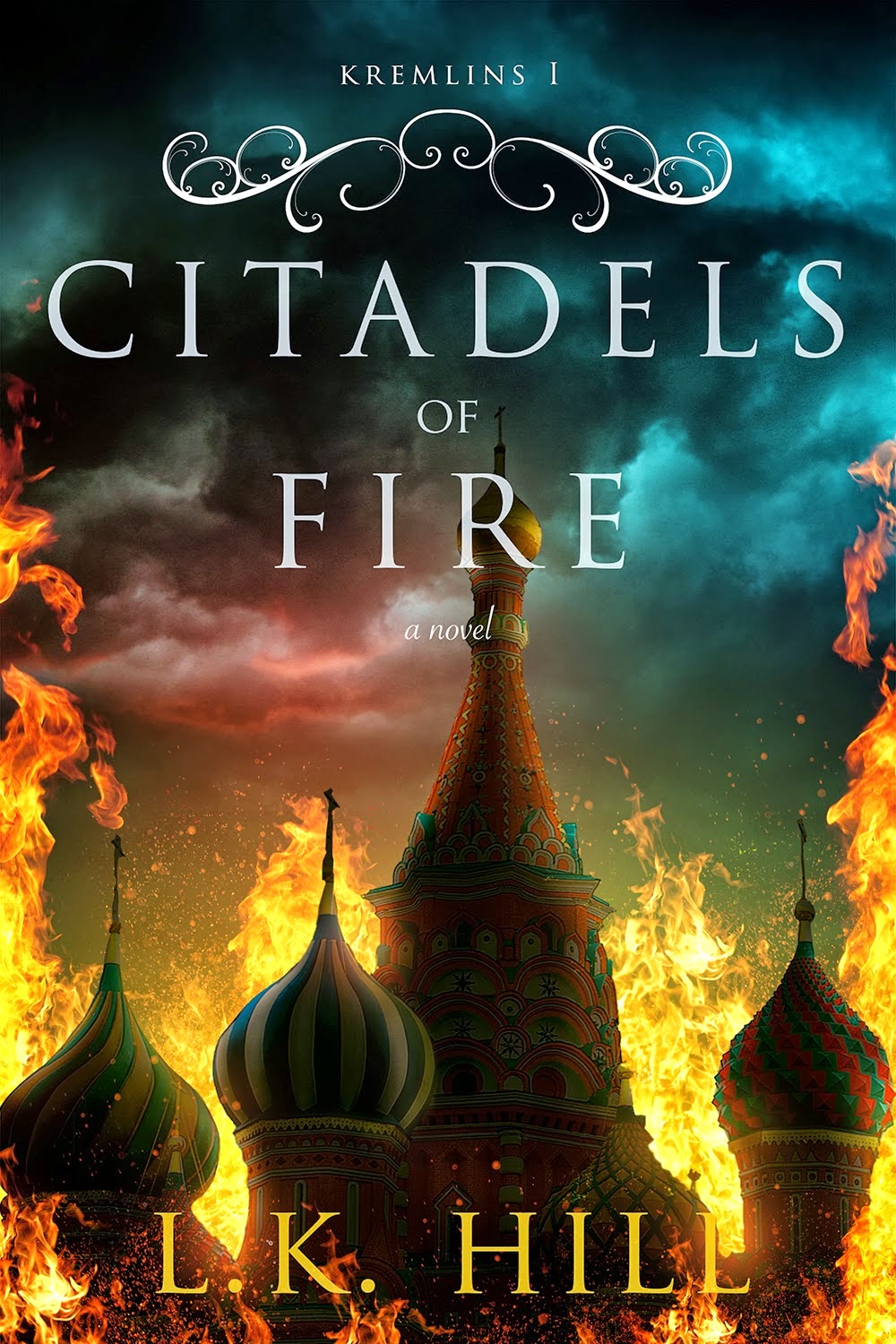 The first chapter in Liesel K. Hill’s CITADELS OF FIRE, the first book in her Kremlins trilogy, sets the tone for much of the book. From the beginning, it brought tears to my eyes over the treatment of a 6-year-old girl (I have a 6-year-old of my own, so that’s what made reading it so hard) who would become the heroine of the story.

The tale follows the humble life of the servant Inga at the Russian palace, the Kremlin, and her atypical relationship with a court aristocrat (a boyar), Taras. Being of mixed English and Russian blood, Taras isn't the archetypal Russian aristocrat, but every bit a hero in the way he treats woman and servants with respect as human beings, something largely unheeded during that time. This allows a relationship between Inga and Taras to bud and thrive within the royal walls.

Having studied Russian history in college, Ms. Hill intertwines historical facts as pertaining to the historical figures in the book. She describes the events that took place during that time in Russia under the reign of the young tsar, Ivan the Terrible. Her imageries are ideally portrayed, taking the reader into the very heart of the Kremlin and the city beyond its walls. It’s a riveting story of the cruelties, triumphs, failures, hopes, and despairs of all classes of people, but most of all, it’s a tale of the miracle of love that emerges between two contrary sources: A lowly servant and an aristocrat.

READERS NOTE: There is no bad language, but brutal images of court life, war, natural disasters, and the injustices that occurred between people of differing social status, are vivid and may be too much for a sensitive reader. There’s a lot of blood and beatings, some animal and human torture and a few instances of rape. 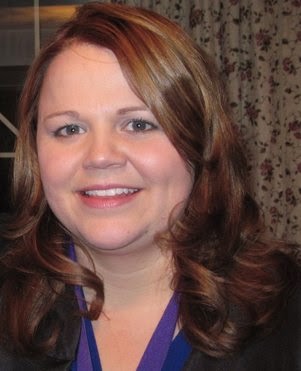 Citadels of Fire can be found here:
Barnes and Noble
Amazon

Posted by Elsie Park at 8:51 AM No comments:

THE SCENT OF A SOUL book review 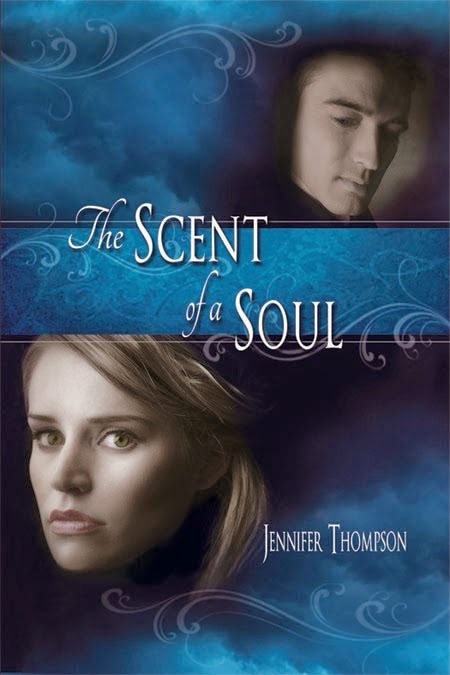 THE SCENT OF A SOUL, a paranormal romance by Jennifer Thompson, was in intriguing read. The story follows the budding relationship between a modern human girl and a 300-year-old Scottish vampire. Thompson’s descriptions paint the scenes in the readers mind as she moves the story at a methodical pace. Being that the book is over 700 pages (well, it was on my Mobi version, but I've been told it's only 484 in paperback), Thompson allows her main characters’ relationship to progress at leisure, making it a day to day telling of their journey together. She creates mystery behind the characters, unraveling their backstories a little at a time, thus keeping the reader wanting to find out more. There’s no shortage of scenes describing how breathtaking and attractive the characters are to one another, so if you (like me) love images of muscular, handsome who act with honor and come to the rescue of the one they love, then this is your story. Thompson also wrote some good tense fight scenes and vampire action that any vampire fan will appreciate.

Thompson had several funny lines, as well as good bantering between characters, that made me smile. One part made me laugh out loud:
“How’ve you been?” Patrick asked. “I hear it’s been rough at times.”
“Who told you that? It’s been like girl’s camp—pillow fights and late night talks, with the occasional evil vampire sneaking in.”
I realize anyone not having read the story may not find this funny, having missed the context, but it made me chuckle.

Although I enjoyed the story and Thompson’s take on vampires, I was confused at times about whose eyes I was seeing the story through as Thompson continually changed the point of view in the same scene (a mistake easily corrected in future writing). I enjoyed reading about how the different vampires had been “turned” into vampires, but at the end when Thompson took up many pages writing about the budding relationships of several minor characters (though I loved her minor characters), I felt it took away from the Lilliah/Marek tale (the main characters) and that it slowed the story down. The Final 100 pages dragged a bit for me as there was a lot of unnecessary content, especially since the main battle and climax had already taken place. But, I know that the author wrote in these extras to introduce the situations for future books). For a clean romance, I felt some scenes in the second half of the story were border-lined on racy. In the first half, the romance was playful, cute and flirty, but Thompson became bolder in the second half. Though there is no explicit sex in the story, there is plenty of sexual tension, sensual kissing and talk, necking, caressing and partial undressing. I realize, however, that this content may not bother others.

All in all, I enjoyed Jennifer Thompson’s take on vampires, especially the good versus bad vampires and the constant battle between them. I liked the idea that there were good vampires living among mortals, trying to be as normal as possible, controlling their emotions, and adding to society. I also liked the idea of mixed human/vampire married couples who made it work. This might sound like a strange comparison, but reading THE SCENT OF A SOUL, with its slower pace concentrating mainly on emotions and relationships, reminded me of a Jane Austen-type story, but involving contemporary humans and vampires *smile*. Thompson brought out the pros and cons to being human and being a vampire as we see the female character torn between whether to stay human or become immortal. The most interesting aspect was that of the “vampire kiss” and how it affects humans and their freedom of choice.

The Scent of a Soul can be found here:
Barnes and Noble
Amazon

Jennifer can be found here:
Her Blog
Goodreads

Combine all ingredients in a bowl. Heat 1-2 tablespoons oil in a skillet over medium-high heat. Fry potato mixture in skillet, pressing with spatula or fork to ¾-inch thickness. Cover and cook until bottom is crispy, about 5 minutes. Flip and fry other side about 5 minutes more. Remove from heat, cover pancakes with more shredded cheese and replace cover on pan to allow cheese to melt over the pancakes before serving.

For a sweeter twist, add ¼ - ½ cup chopped apple to the mixture before frying.

Posted by Elsie Park at 9:21 AM No comments: