Religion and Government: They need each other's support 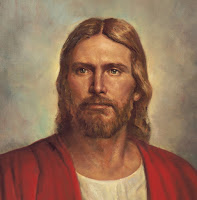 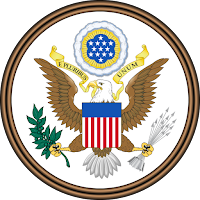 IMAGES: Jesus the Christ by Del Parson
& The Great Seal of the United States, courtesy Wikipedia

"Religion and government are like a couple who sometimes have a hard time living together but who find they simply cannot live apart. Religion and government both need their independence in order to flourish, but history has shown that a complete divorce is healthy for neither. They travel different but parallel tracks. They are most successful and most effective when they protect and encourage one another. . . .
"The only real solutions to many of the serious problems facing our world today are spiritual, not political or economic. Racism, violence, and hate crimes, for example, are spiritual problems,and their only real solution is spiritual. . . .
"Societies depend in large part upon religion and churches to establish moral order. Government can never build enough jails to house the criminals produced by a society lacking in morality, character, and faith. These attributes are better encouraged by religious observance than by legislative decree or police force. It is impossible for government to control the attitudes, desires, and hopes that spring from the human heart. And yet these are the seeds that grow into the conduct government must regulate. . . .
"Government oversees the conduct of its citizens. It tries to get them to behave in a decent and moral way. Religion, on the other hand, tries to get them to desire to behave in a decent and moral way. . . . While governments enforce the law written on the books, religion teaches and encourages adherence to the law written in the heart. Those who abide the latter will seldom, if ever violate the former." - Wilford W. Andersen "Religion and Government," Ensign, July 2015, 47-49 -

"Our society is not held together primarily by law and its enforcement, but most importantly by those who voluntarily obey the unenforceable because of their internalized norms of righteous or correct behavior. Religious belief in right and wrong is a vital influence to produce such voluntary compliance by a large number of our citizens." - Dallin H. Oaks "Strengthening the Free Exercise of Religion," address given at the Becket Fund for Religious Liberty Canterbury Medal Dinner, New York City, May 16, 2013-