We take so much for granted with our everyday modern items and appliances. What did people in the Middle Ages use instead of toothpaste, nail clippers or wristwatches? I’ve compiled a basic list of items we use today followed by the medieval equivalent.

Soap – Soap was usually made from ash lye and animal fat

Telephone and texting – parchment missives and letters written with quill and ink, or people who relayed verbal messages.

Nail clippers – crude scissors, biting, files from anything rough such as stone, wood and some metals

Clocks and wristwatches – an hourglass (~1338 A.D.), mechanical clocks (wind up, weight driven clocks mostly used in clock towers, ~1200-1300 A.D.), sundials, looking at the position of the sun, knowing the seasons

Lipstick – beeswax or other wax tinted with color from fruits, plants or even insect innards (ewww)

Hair lightener – washing their hair in lemon juice or brushing it into the hair before allowing the sun to bleach it - must have reeked havoc on the roots and tips, though.

Laundry dryer – an indoor or outdoor clothesline or wood frame for hanging the clothes on, or laying clothes and sheets on the grassy ground, bushes or over low walls

Body deodorant – washing the body in non-scented or scented water, using perfumes and scented oils from essences of flower petals, herbs and spices. Clothes were often stored with lavender and other herbs, not only to keep moths away, but to keep them smelling good.

Air deodorizer – smoke, flowers, or anything that would be a body deodorant

Carpet – Medieval castles did not have carpet until about the 14th century because it was common to cover floors with dried grasses, flowers and herbs. The plants provided fragrance and could regularly be swept away and replaced, keeping the floor relatively clean. Though textiles were costly, castles hung tapestries from the walls for insulation. This practice later evolved into carpeting floors. The poorer folks with wood or hard-packed dirt floors either kept them bare or also covered them with rushes, straw/hay, flowers and herbs.

Buttons, snaps, elastic and zippers – Ties were the most common way to keep your clothing on until the functional button arose in England about ~1200 A.D. – zippers and elastic were not introduced until modern times.

Fabric – Fabrics and material were produced by hand on vertical and horizontal looms.
Horizontal looms (appearing about the11th century) were operated by foot-treadles, making production faster and more efficient. The spinning wheel was introduced into England around the 13th century.

Drinking fountain - Artesian wells (~1126 A.D.) - A thin rod with a hard iron cutting edge is placed in the bore hole and repeatedly struck with a hammer, underground water pressure forces the water up the hole without pumping. Artesian wells are named after the town of Artois in France, where the first one was drilled by Carthusian monks in 1126.

Central heating – a fire pit in the center of the room, or later fireplaces with a chimney (~1100 A.D.). In some buildings, furnace-heated air was conducted through empty spaces under the floors and out pipes in the walls, this method was seen more in wealthy abodes. Tapestries on the walls and coving windows also added to insulation.

Air conditioning – Aside from opening a window there were servant-powered fans. Romans ran aqueduct water through their walls, and the Chinese used rotary fan devises up through the end of the 1200s A.D.

Toilet paper – Any cloth rag that could be washed, a sponge on a stick (like in Ancient Rome), plants called common mullein for its absorbent and soft texture, the left hand (gross but true), defecating into rivers, scrapping with wood shavings, leaves, grass, hay, stone, sand, moss, snow, maize, ferns, husks, fruit skins, seashells, corncobs - Let me just say that I LOVE my toilet paper *GRIN*

Dryer sheets - Boiling clothing in scented water, and then hanging them out to dry

Hair brush – Wooden brushes handles with horse or other animal hair strung through it. Oils for the hair also made the hair smooth and shiny - or not washing the hair for a week and letting the natural oils take their course :).

Toothbrush – If you could make it or afford it, a small wooden stick with coarse hair from horse or other animal strung through it. Simply rinsing with water helped clean the teeth to an extent. A common practice was to use sticks that were frayed at the end or whitening teeth with powder. Picking the teeth with a knife or toothpick made of wood, bone, feather quills, porcupine quills or using the fingernail was probably the most common along with using a piece of cloth, or a chew stick/twig made from a tree with antimicrobial properties such as Salvadora persica, Sassafras, Dakhaar, Gun tree, Tea tree, Neem, Gouania lupuloides, Cinnamon, Dogwood, olive, walnut, and other trees with bitter roots.

Floss – I didn’t find any record of people actually using floss to clean between their teeth, but if anyone was intuitive enough to think of doing it, they could have used horse or other strong animal hair I suppose. Otherwise, they cleaned their teeth with the items and techniques mentioned above under "toothbrush".

Toothpaste – though sodium bicarbonate (what we call baking soda) did exist, but it was mainly used for tenderizing meat – I don’t know if it was used for teeth.

Hope you enjoyed reading this historical list! I don't know about you, but after compiling it, I was sure glad to live in modern times! Yeah, I know, we're pretty darn spoiled . . . and loving it :-)
Posted by Elsie Park at 4:47 PM 4 comments:

If you love fantasy, urban fantasy and romantic fiction with paranormal elements including vampires, then Adrienne Monson's debut novel, Dissension, book one in “The Blood Inheritance Trilogy,” is your kind of read! 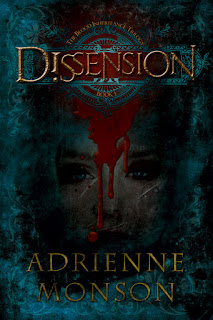 Fists are pumping, bodies gyrating, sweat dripping—booming music drowns out all other noise in the dark club. Leisha, dressed in skimpy, revealing clothes, eyes her victim. As soon as he sets eyes on her, she knows he's hers. He becomes excited as despicable thoughts of murder run through his mind, all readable by Leisha's abnormal senses. After a bit of small talk, they are soon both out the door, Leisha pushed against the wall. The man pulls out a knife, ready to cut up this beautiful woman. Leisha smiles as she deflects the knife and bites into his neck, sucking every ounce of life from this abominable man. It wasn't always this way. Leisha was once a loving mother with an ideal family. Though this was over two thousand years ago, Leisha still holds that time dear to her heart. But for now, she must focus on trying to escape the eternal and bloody war between her kind—the Vampires—and the Immortals, an undying race sworn to destroy her people. Soon, Leisha finds herself captured by the government only to be saved by a young and mysterious human girl. What entails is the beginning of a long and torturous journey as Leisha and her newfound friend run for their lives while searching for the one thing that can end it all—the prophecy child.

Synopsis taken from the Jolly Fish Press site at:
http://www.jollyfishpress.com/authors/Adrienne_Monson/Dissension/Dissension.html

DISSENSION will be available where books and ebooks are sold February 23, 2013. 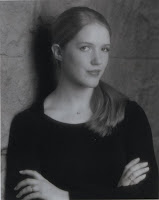 This special post is dedicated to my sister Barbara Knudsen's AWESOME pastel art. Barbara, my younger sister by two years (and my only sister), has done beautiful and WAY CUTE pictures of art since grade school. Her original characters with their telling facial expressions and actions show unique stories or situations through Barbara's clever artistic talent. She's done small books for home and family use, pictures on her own wall, and some art for others as they've asked for specific works. Probably her biggest projects have been painting the walls of rooms. Before my family moved out of our childhood home, Barbara painted an AMAZING Greek Garden mural on one of our bathroom walls, and then years later was commissioned by a client friend to paint the walls in an entire garage being furnished for a children's gymnastic studio. I praise and adore Barbara's work, and I hope others will appreciate her sweet animal characters too.

Here are several samples of her art: (click on pictures to enlarge)

Barbara would love to write children's books and do the art for them, but she's also open to producing the art for another children's author who is looking for an artist.

Note: Barbara did NOT ask me to post this article, but she DID give me permission to do so when I asked her if I could. I love her and want to help her dream of creating art as a business begin to take flight.

If you're interested in Barbara's art, in hiring her to do some work (either for books or individual art pieces), or would like a printed copy of her work, her e-mail is: barbaraknudsen1@gmail.com. She charges only a small amount above the cost to get the picture printed and mailed out.